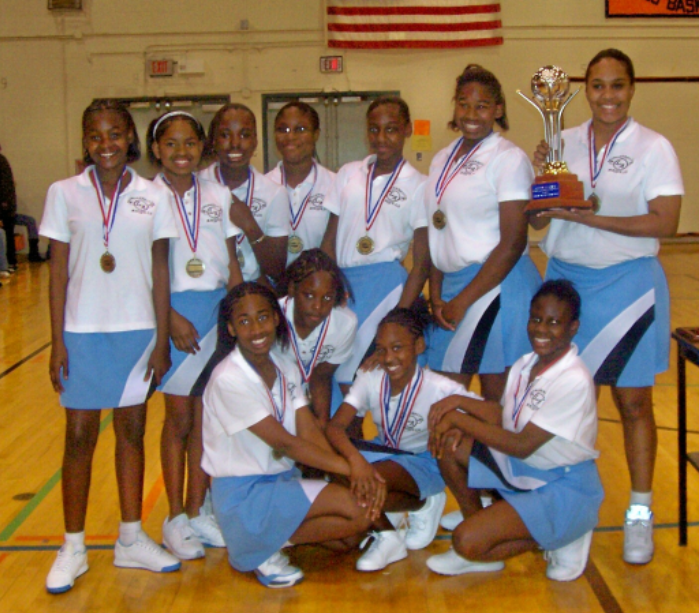 In 2006, the Lauderhill Angels Youth Netball team became U-21 National Champions! The program thrived for a number of years before going on a hiatus. In 2018, the City is proud to announce the return of youth netball to the Lauderhill Sports Park. The City is hosting a free youth summer program with the assistance of local volunteers from the Netball Youth Sports Association (NYSA). The program will run from June until August.

The program is one of a comprehensive nature. The sport of netball offers many advantages to it participants and is all inclusive as it allows all ages, sizes, gender, religions and nationalities to participate. The program is grade based, age protected which allows children of the same intellectual level to participate together. The NJSP program allows its participants to grow with the sport as the program is designed to teach netball from the fundamental stages to the advance competitive stages.

This program focuses on academics and athletics. Participants who achieve a GPA of 96% or above are eligible to receive scholarships through the City of Lauderhill's Sports Advancing Kids Education Awards Program. The goal of the youth netball program is to provide children with a positive experience, teach the fundamentals, and to learn the values of team sports and discipline.

For more information about the program, please contact Marcellus Green at 954-572-1474 or visit the Netball Youth Sports Association (NYSA) .

Netball is a fast paced, exciting team sport. It involves running, jumping, throwing and catching. This sport is similar to basketball. The rules, equipment and number of players differ from basketball by a narrow margin. There is no dunking, dribbling, no running with the ball. The ball must be passed in three seconds and each team is required to have seven players on the court at one time. The ball and basket are a little smaller than that of basketball. There is no back board and players are restricted to play within certain areas.

Netball is played in over 70 countries by over 20 million people.

Netball became a recognized Olympic sport in 1995. Deliberation is currently underway for it to be included in the Olympic Games Program.

Although netball has been played in the United States for over 30 years by several organizations in different states, the sport has not been elevated and exposed to the level where it can be recognized by all Americans as other sports.

Netball is a very beneficial sport. It is all inclusive, as both males and females of all ages can participate. It has a wide range of positions which allows the teams to utilize players with different skill levels. It is cost efficient and requires minimum equipment. The uniforms for girls are jersey dresses or tennis attire and boys wears tennis shorts and shirts. The sport teaches teamwork as the ball must be passed from player to player for it to advance before a point can be scored. It builds self-esteem and confidence as each player on the court has a level of responsibility that is important to the game. It allows all kids to participate, getting them the exercise they need while having fun.  It also teaches them how to practice healthy living.

Canadian Professor James Naismith who immigrated to the USA, invented the game of basketball in 1891. Based on women fashion during that time, he was asked to create a female passing game as women were unable to dribble the ball. By 1895, netball was adapted from the rules of basketball and was known as women basketball. The sport was adopted in common wealth countries such as Australia, New Zealand, England, Jamaica, and Hong Kong.