Deputy Chief Allen Siegel started his career with the City of Lauderhill in February 2012, after serving 28 years with the Hollywood Police Department. During his career, Deputy Chief Siegel held positions in a variety of operational and administrative assignments. In 1993, he was a member of the team that created the Community Policing structure in the City of Hollywood. Deputy Chief Siegel has an extensive investigative background in the Criminal Investigations Division, as well as command assignments to the Office of National Drug Control Policy’s High Intensity Drug Trafficking Area Task Force. He served for more than nine years as a supervisor and commander for the Special Weapons and Tactics team.

Deputy Chief Siegel holds a Bachelor’s Degree in Professional Studies from Barry University and a Master’s Degree in Public Administration from Nova Southeastern University. He is a graduate of the 33rd Management College of the Southwestern Law Enforcement Institute at the University of Texas at Dallas. In 2006, he attended the Police Executive Research Forum’s Senior Management Institute for Police at Boston University. In addition to his departmental duties, he is an Adjunct Professor for the University of Phoenix.

Deputy Chief Timothy Belcher Sr. began his career with the North Miami Police Department in December of 1992, retiring on April 10, 2020, as a Police Major after 27 years of service.

Deputy Chief Belcher was born in Miami, Florida, raised by his grandmother in unincorporated Miami-Dade County.  He attended Miami Northwestern Senior High School where he graduated in 1986.  Deputy Chief Belcher attended college at West Virginia Institute of Technology, where he earned his Bachelor’s Degree in Education. Further continuance of his education he attended Florida International University, where he obtained his Master’s Degree in Public Administration.

Before becoming a police officer, Deputy Chief Belcher began his outreach to youths as a Miami-Dade County Public School teacher for two years.

As a police officer, he continued his outreach to the youths in Miami-Dade County, by mentoring teens in, and around the City of North Miami.

During his assignment as a School Resource Officer, Deputy Chief Belcher patrolled North Miami Middle and Senior High Schools.  This is where he began as a mentor for the City of North Miami, Take Stock in Children and the 5000 Role Models of Excellence Project, initiated by Congresswomen Federica Wilson.

Deputy Chief Belcher mentored and guided youths throughout the North Miami community with the objective of steering them towards being successful citizens by doing positive things.

His initiative to engage in the lives of young people has not only made a positive impact, but has touched the hearts and saved thousands of lives from drugs, crime, school dropouts and deaths. Some of the youths he has mentored have followed his footsteps by joining the Law Enforcement profession.

Deputy Chief Belcher continued his efforts towards building relationships, being a positive role model, and mentoring and saving lives through membership with:

Deputy Chief Belcher looks forward to working with the City of Lauderhill, the community and members of the Police Department. He is grateful for the opportunity and will put his best foot forward learning things “the Lauderhill way” while imparting his experience and ideas.

Deputy Chief Belcher is a proud husband and father of three lovely children.

Deputy Chief Belcher looks forward to continuing as one of South Florida’s role models and mentors, and will continue his efforts towards guiding the youth and encouraging them to be successful and model citizens. 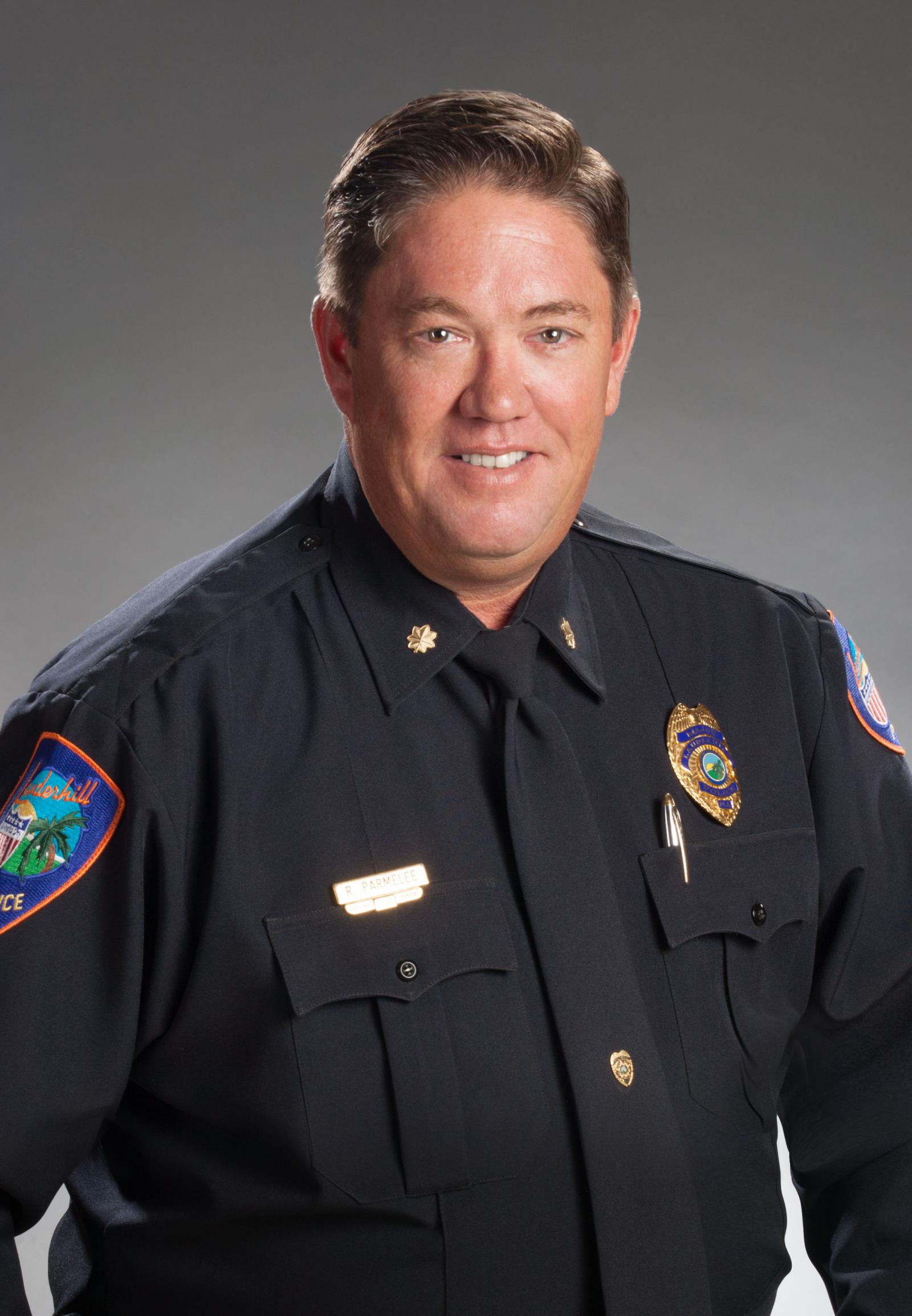 In 1997, Major Robert Parmelee joined the City of Lauderhill's Police Department. He started as an Officer in the Patrol Division and was quickly promoted to Detective in the Criminal Investigation Division in 1999.

In the beginning of 2002, Major Parmelee was offered a position with the Sanders County Sheriff’s Office, in Montana, as a Deputy where he then left the City of Lauderhill and relocated there. Later that year, due to family, he decided it was best to return to Florida and back to the Lauderhill Police Department where he has since served in the capacity as a Road Patrol Officer, Field Training Officer, and Detective, until his promotion to Sergeant in 2008.

He served as a Sergeant in the Patrol Division and the Criminal Investigations Unit until he was then promoted to Lieutenant in 2013, which he then served as a Patrol Division Lieutenant and Administrative Lieutenant. He was then promoted to his current rank of Major in March 2016 with responsibilities of overseeing the entire Support Services Bureau and most recently, overseeing the Operations Bureau.

Major Parmelee served in the United States Marine Corps and is currently pursuing his Bachelors in Public Administration at Barry University. He is an Associate Member of the Broward County Chiefs of Police Association. Major Parmelee is a devoted husband and a proud father of two. 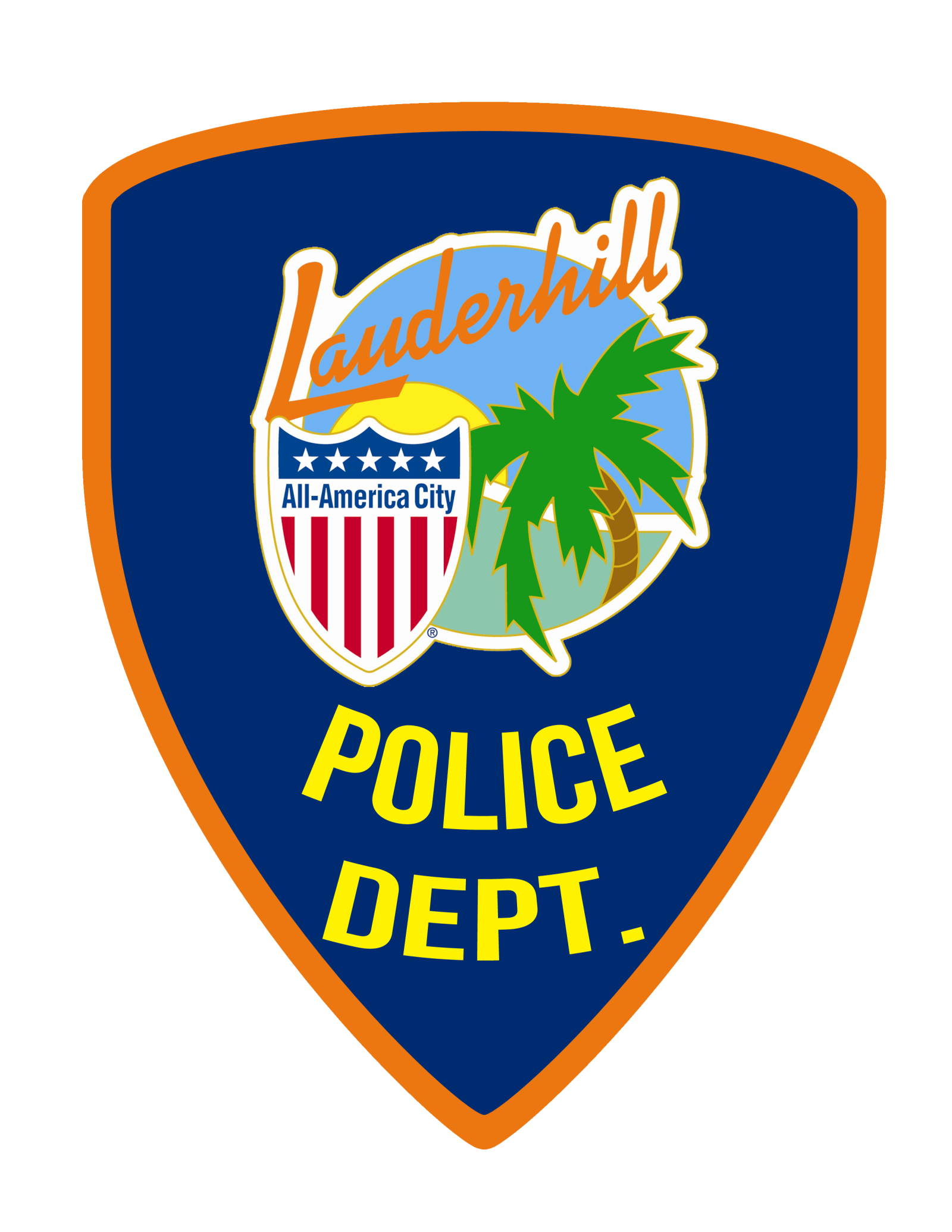 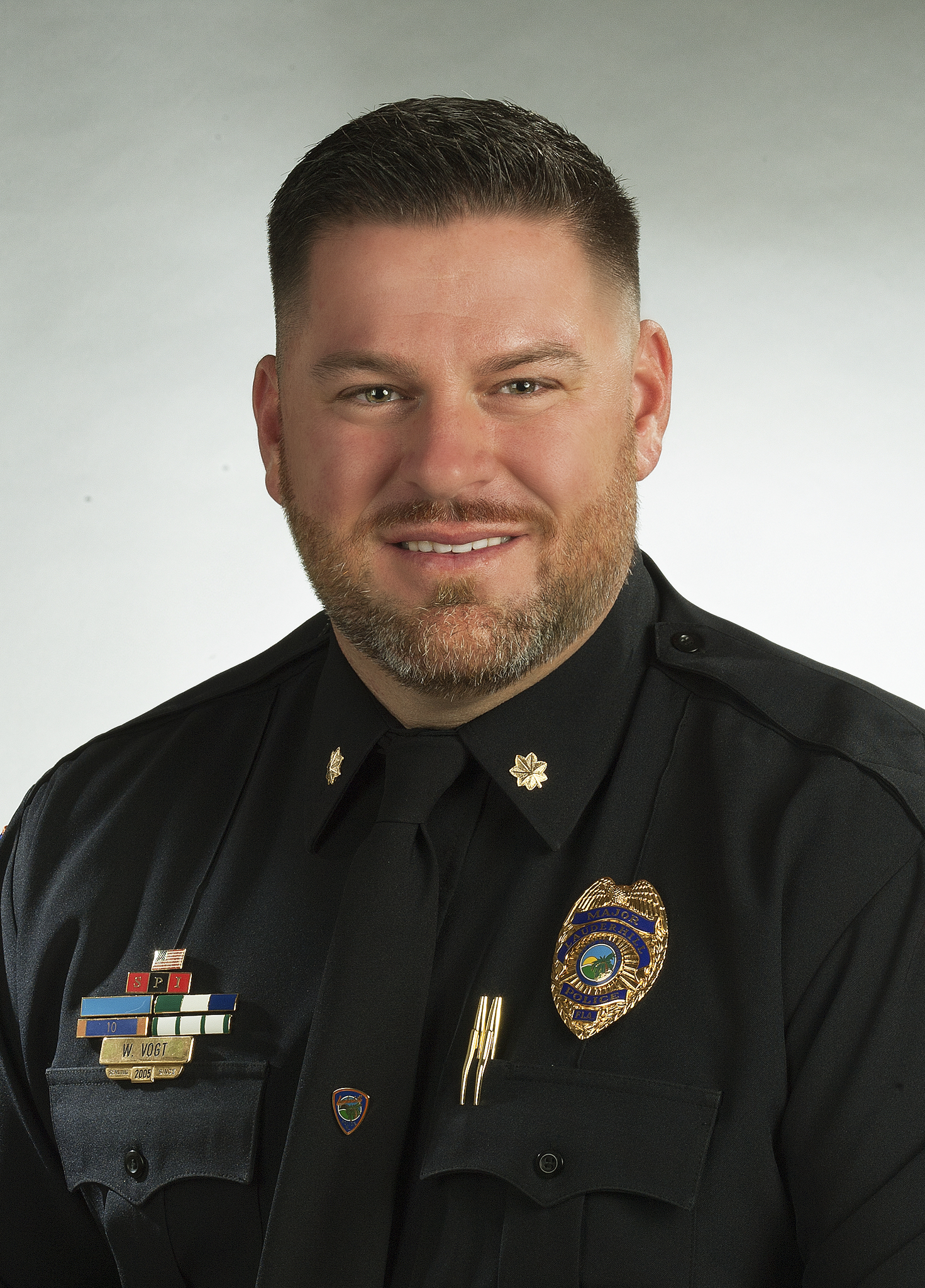 Major William Vogt joined the Lauderhill Police Department in 2006. He served as an Officer in the Patrol

Major Vogt holds a Bachelor's Degree in Labor Studies and Employment Relations from Rutgers University, where he also lettered in football. He is a graduate of the University of Louisville's Southern Police Institute 73rd Command Officer Development Course. Major Vogt is a proud husband and father of three.