Mr. Kennie Hobbs began working at the City of Lauderhill in 1989 as a Part Time Account Clerk through a high school work program. His hard work paid off and he eventually became a full time employee after he graduated high school. He continued to work while pursuing higher education.

As it became evident Mr. Hobbs had an interest for Finance, he held almost every position in the Finance Department. He eventually became the Grants and Treasury Manager, Financial Analyst, and Assistant Finance Director. For the past twelve years he has served the residents of Lauderhill as the Director of the Finance and Support Services Department. His current department is wide in scope and encompasses traditional areas of finance, such as Accounting, Treasury, Purchasing, and Budgeting. It also includes non-traditional disciplines such as Economic Development, Community Development, Code Enforcement, Building, and Planning & Zoning.

In addition, Mr. Hobbs served as the Executive Director for the Lauderhill Housing Authority (LHA) until January 2016 when his responsibilities ended. The Lauderhill Housing Authority was founded with his assistance in 2002. LHA is committed to improving the quality of living of Lauderhill residents, and offers a variety of programs for individuals in homeownership grants, mortgage lending, family self- sufficiency and youth recreational programs.

In 2013, Kennie became the Assistant City Manager of Lauderhill, while maintaining his position as the Finance and Support Services Director. In 2020, he began serving as the Interim Deputy City Manager. He and his wife and two sons live in the City of Lauderhill. They enjoy many hobbies and recreational activities. 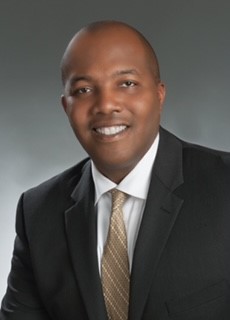