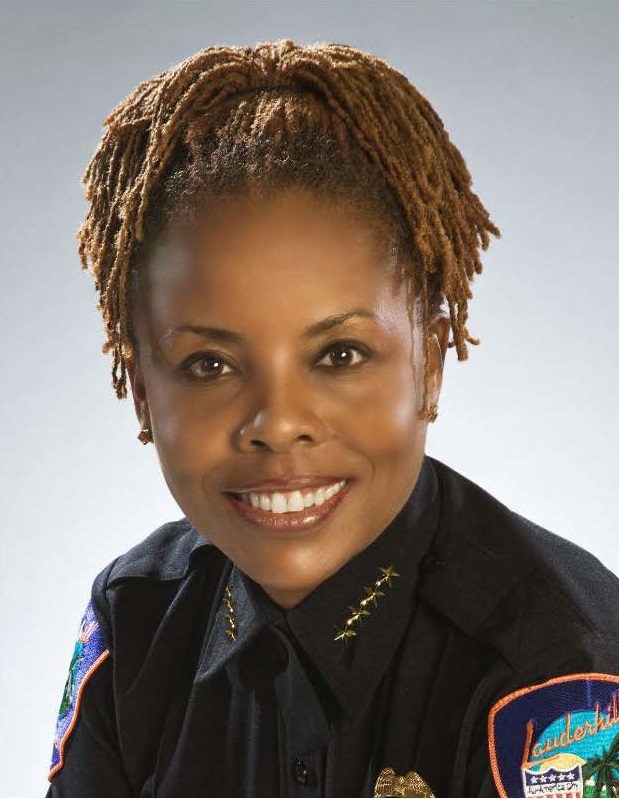 Constance Stanley began her law enforcement career in 1991 with the Opa-Locka Police Department, after which she joined the Lauderhill Police Department in December of 1994. Having come up through the ranks in Lauderhill, Stanley has served in the Patrol Division, Criminal Investigations Division, Professional Standards Unit, Traffic Division, Victim Services Unit, Crisis Intervention Unit (CIT), Crime Prevention Unit and the Canine Unit, and has been the Public Information Officer for the department. Stanley was also the leading hand in the creation and implementation of the Halloween Safety Day Event, which is now linked to the Lauderhill Night Out Event put on by the Police Department and City annually.

Her most recent promotion was to Chief of Police on March 7, 2016, though she was appointed to Acting Chief of Police on August 24, 2015. Chief Stanley has a very impressive resume which includes an Associate’s and Bachelor’s Degree in Criminal Justice; as well as a graduate of the FBI National Academy, the Southern Police Institute’s Command Officer’s Development Course, and the Senior Management Institute at the Kennedy School of Government. Stanley is very active in several Professional Organizations to include the National Organization of Black Law Enforcement Officers, International Association of Chiefs of Police (IACP), the Police Executive Research Forum, the American Society of Public Administrators, National Association of Women Law Enforcement Executives (NAWLEE) and the National Forum for Black Public Administrators. She was also honored by the Lauderhill Regional Chamber of Commerce as a “Woman of Distinction” in January 2014. She is a member of the Florida Chiefs of Police Association and a member of the Broward Chiefs of Police Association.

Chief Stanley is the fifth sibling in a family of eight children, with four of her brothers and sisters all having pursued careers in the Law Enforcement profession. Chief Stanley is a proud mother of one and an even prouder grandmother of two.