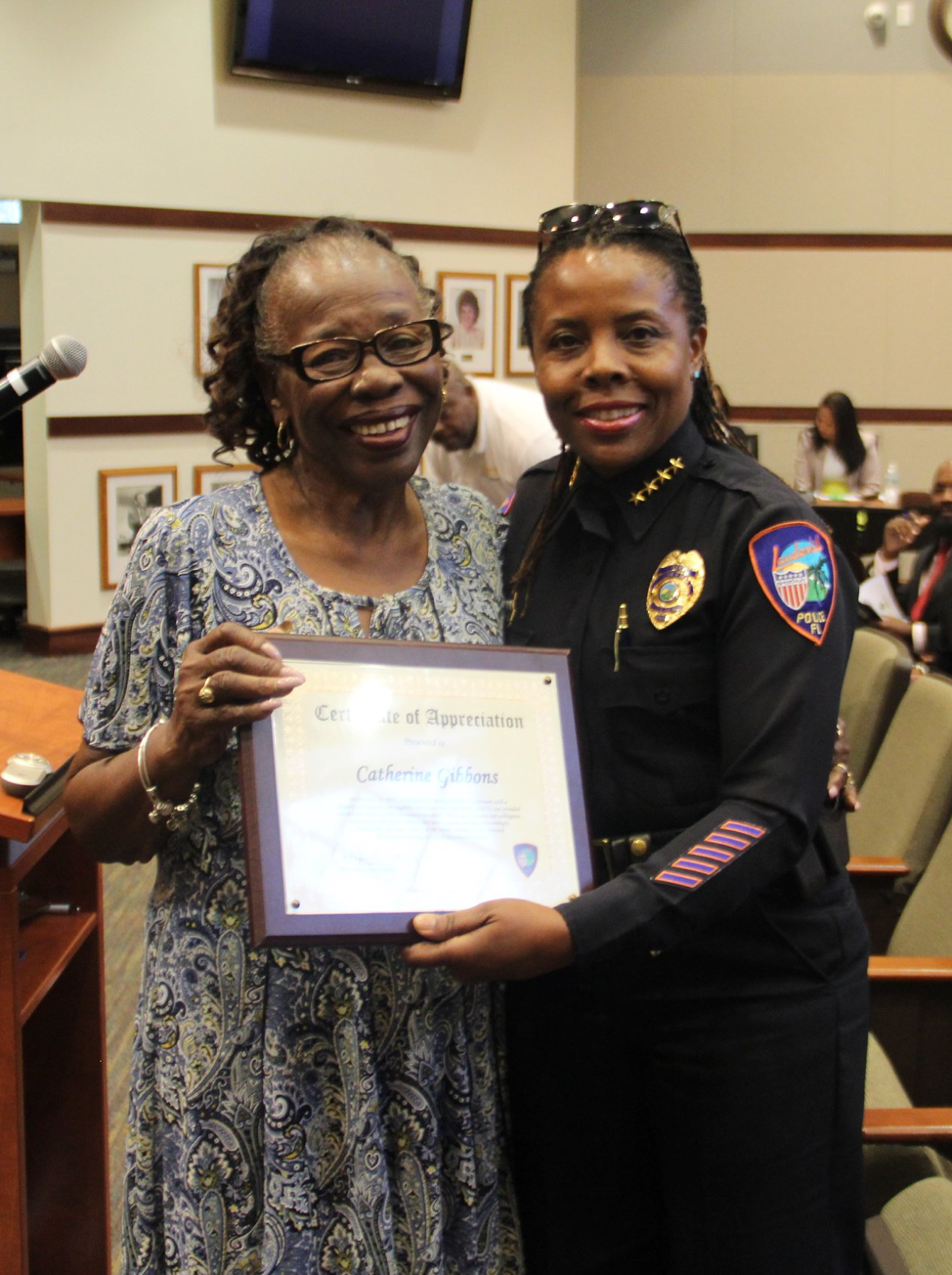 Image: Lauderhill resident Catherine Gibbons was given an award by Police Chief Constance Stanley for calling in a crime in progress. Ms. Gibbons understood the importance of "seeing something and saying something" and the PD caught a burglary in progress. Thank you, Ms. Gibbons, for your quick thinking and bravery!

Image: Miss Jayla Austin, a Lauderhill student at Millennium Collegiate Academy, is demonstrating a high aptitude for the Chinese language while maintaining one of the top overall performers at her school. Miss Austin received a standing ovation as Mayor Ken Thurston gave her an accolade for her amazing accomplishments.

Image: The Volunteer of the Year Award was posthumously given to James Tullis, by fellow Rec. Advisory Board Members. The award was received by his son (third from the left). Mr. Tullis' son expressed his appreciation for the award and the kind words spoken about his Dad who recently passed away.

Image: State Representative Perry Thurston gave the Mayor and Commissioners an update on many initiatives that passed during the legislative session. He was happy to see the presentation to Ms. Gibbons and Miss Jayla. He also assured the residents that Lauderhill was his "favorite" City to represent! Thanks for coming Senator! We love being your favorite! 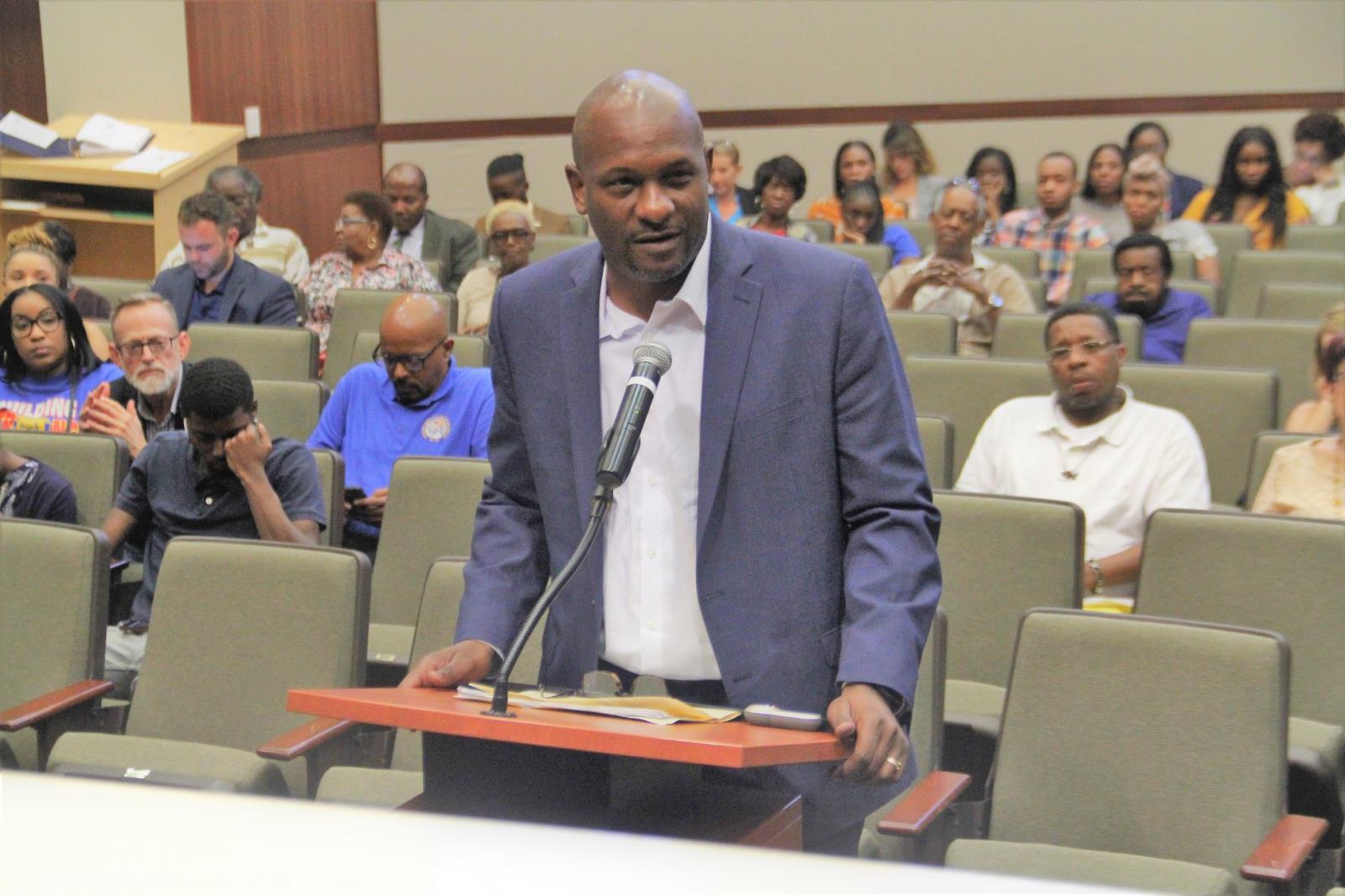 Image: State Reprentative Bobby Dubose was happy to address the Commission alongside Senator Thurston. He announced the plans for the Community Town Hall at the Urban League on Tuesday, June 25th from 6 pm - 7:30 pm, and welcomed all to attend. Thank you for taking time to address us State Representative.