Officer Davlin Session, a 13 year veteran of the Lauderhill Police Department, was investigating the recovery of a stolen vehicle found in Royal Oaks Apartments when he was able to solve an auto theft ring!  While Officer Session was processing the paperwork for the stolen vehicle he had found, he noticed two other vehicles parked in front of the apartment building’s Leasing Office - which was closed for business at that time.  Suddenly, Session recalled a Stolen Vehicle Advisory he had heard earlier in the day, and the two vehicles matched the description given. As Officer Session continued his investigation in the lot, a concerned resident approached him and suggested it might be her son and his friend who were responsible for the thefts. The mother then asked Officer Session to go to her house and speak to the juveniles. Session confronted the teens and discovered one of the youth was in possession of car keys belonging to one of the stolen cars.

Through his remarkable investigative actions and witness statements, Officer Session uncovered video surveillance revealing the identity of the two juveniles involved in the auto theft ring.  The matter resulted in three stolen vehicles returned to their rightful owners and two suspects arrested in connection with the thefts. Well done Officer Session!!!  Remember, if you see something, say something. 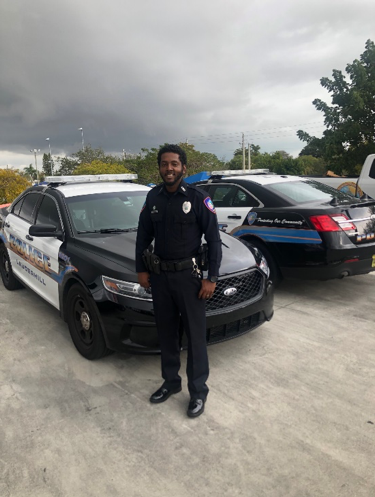