The Day The Music Didn't Die 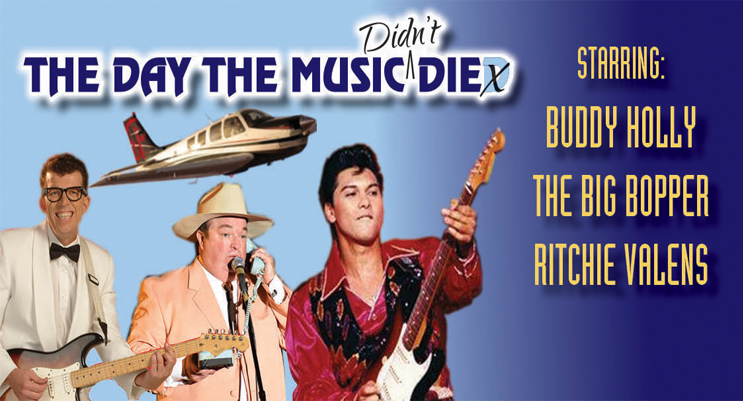 Sixty years ago Buddy Holly, Ritchie Valens and the Big Bopper died in a plane crash, it was called "THE DAY THE MUSIC DIED".
But what if the plane never crashed?
What if they were still here today?
What if the music NEVER DIED!

This musical tribute will take you on a journey unlike any other show you have seen before while Ritchie still rocks the guitar, the Bopper still answers the phone and Buddy still wears the same glasses.

What if you could say goodbye?

A meet and greet will be held after the show for all who want to take pictures with the band in the front lobby so don't forget to bring your camera.