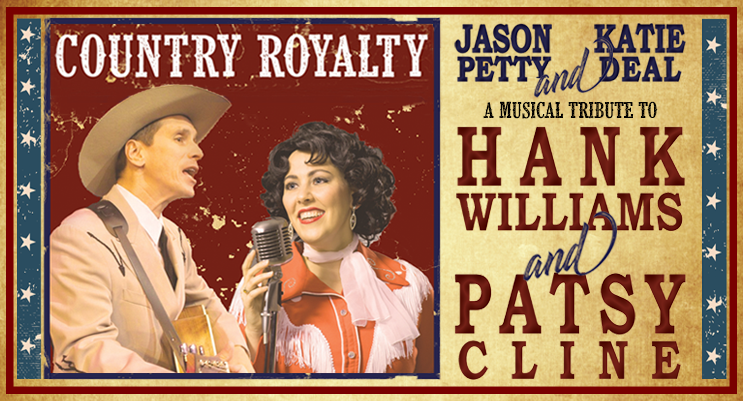 Experience the magic of two of the biggest legends of country music live…Hank Williams and Patsy Cline…starring Jason Petty and Katie Deal!

In a show like no other, Petty and Deal pay tribute to the two most influential singers in country music history, and over 20 of their chart-topping hits are performed live!

These are the two legends that audience all over the world want to see – Hank Williams and Patsy Cline…as performed by two of the best performers in the country in this intimate evening of unforgettable music… Audiences can expect the thrill of a lifetime!